JoinDSO.com > Careers > Changing Demographics and Economics are Leading to a Seismic Shift in How Dental Practices Operate, As Fewer Dentists Run Their Own Business

Changing Demographics and Economics are Leading to a Seismic Shift in How Dental Practices Operate, As Fewer Dentists Run Their Own Business This article was originally published in Newsday and is used with their permission.

Nearly 70 percent of dentists in New York are still independent, but that percentage is shrinking, according to the American Dental Association’s Health Policy Institute.

Reasons for the change: Younger dentists are leaving dental school more deeply in debt than in the past, sometimes shouldering half a million dollars in student loans before they start working. Dentists entering the field, including growing numbers of women, often want a work-life balance that business ownership doesn’t provide. And large group practices are expanding, sometimes with the backing of private equity money, dentists and other experts said.

The hundreds of thousands of dollars owed by dental school graduates makes it unaffordable for them to open their own practices, dentists said. Startup costs include securing real estate in the expensive Long Island market, hiring staff, and buying equipment such as lasers that do the job of drills with less vibration, and that cost tens of thousands of dollars.

“I owe $200,000, and that is quite substantial, but some students graduating today owe twice that much,” said Dr. Theresa C. Fan, 39, a dentist who works part time at Northwell Health Physician Partners’ department of dental medicine in Manhasset and part time at a Queens practice. “I’d like to have opened my own practice on Long Island by now, but with all the startup costs, it’s not so easy.”

The economics have also made it harder for older dentists to find younger partners willing to take over their practices, said Dr. Robert Peskin, a dentist in Garden City. Peskin graduated from Stony Brook University’s dental school in 1977.

A growing number of dentists are women, according to the American Dental Association, a dental advocacy group with 161,000 members.

In total, 31 percent of all dentists were women in 2017, double the percentage in 2001, the ADA said. But 84 percent of men in private practices are owners, compared with 63 percent of women.

“We are seeing a mixing of trends,” said Marko Vujicic, chief economist and vice president of the ADA’s Health Policy Institute. “Part of it is the gender effect. It’s not scientific to an economist, but the hypothesis is there is a desire [among women] for a work-life balance that is different than males. But part of it is also that women dentists tend to be younger, and younger dentists in general are less likely to own a practice.”

Dr. Bonnie Lipow, a clinical assistant professor at the Department of General Dentistry at Stony Brook University, added that women may be open to more employment options. “The options include joining friends, joining another practice, a larger group or something else.”

The next wave of graduates is also increasingly female, according to national and local statistics. About 49 percent of dental students nationally are women, according to the American Dental Education Association, a Washington, D.C.-based trade group. ‘

The Stony Brook School of Dental Medicine said that next year’s graduating class will be 52 percent women, and in 2020 that number will jump to 57 percent.

The number of hospital-employed physicians rose 48 percent to 141,000 between 2012 and 2015, according to a Physicians Advocacy Institute survey compiled by Avalere Health, a Washington-based health care consultant.

New Hyde Park-based Northwell Health, the largest private employer in the state, with 66,000 employees, has led the charge here. It has grown from employing 2,900 physicians in 2012 to more than 4,000 at more than 650 outpatient physician practices and other non-hospital facilities. NYU Langone, Catholic Health Services and Mount Sinai Health System also have taken over formerly independent physicians.

Those market forces haven’t had as much impact on dentists, who said their business model is different because health insurance plays a smaller role in their finances than for standard physicians.

“About 60 to 70 percent of my revenue comes from insurance, and patients do pay a lot out of pocket,” said Dr. Marc Herman, a dentist in Woodbury. “General practitioners are depending far more on insurance, and as reimbursement rates get smaller and smaller, they’re getting squeezed.”

While the health systems have not regularly bought dentist offices, large dental service organizations (DSOs) have been buying them. National groups such as Aspen Dental and Heartland Dental have expanded throughout the United States. Effington, Illinois-based Heartland, which is majority owned by investment firm KKR, has a network of more than 1,300 dentists and 11,000 employees at 840 offices in 35 states. It had an estimated $1.3 billion in revenue in 2017, when KKR took over from Ontario Teachers’ Pension Plan and other existing shareholders. Heartland hasn’t disclosed how much KKR invested to take a controlling interest.

Syracuse, New York-based Aspen Dental, another large DSO, has 675 offices in 36 states. It has 43 Aspen Dental-branded practices in New York, although none are on Long Island.

Neither large DSO was willing to be interviewed for this story.

“There are dentists who who are tired of the business end of it, and a DSO, where the DSO operates the physical practice, makes sense for them,” Preble said.

Young dentists who aren’t in the financial position to start their own practice are also candidates to join large groups, said Jessica Grenfell, who graduated this month from Stony Brook University School of Dental Medicine.

“DSOs are going to continue to explode, and many of my classmates are interested in working for them because it offers a work-life balance, and with the phenomenal debt we are all in, it’s a good option,” she said. “They’re offering very nice incentives for new graduates to move to places like Arizona, and they’re offering six-figure salaries and good vacations.”

Grenfell, who is originally from Manhattan, plans to return to the city and perform a residency at a public hospital in Brooklyn.

Lake Success-based ProHEALTH Dental has expanded to three locations and will be at seven by August, said CEO Norton Travis. It has 29 dentists in total, 11 of them in Lake Success.

Dental365, a New Hyde Park-based organization, is expanding as it picks up practices from veteran dentists in the region. It has 21 practices, 13 of them on Long Island, said CEO Dr. Scott Asnis, a dentist in Bellmore. By August it will have at least 16 on the Island and 27 overall. It currently has 65 dentists on staff, 40 on the Island.

Asnis added that another four or five Long Island practices will be folded into the company.

“I’ve been a dentist for 35 years, and I understand the stress involved in running a practice,” Asnis said. “That’s why dentists reach out to us all the time, multiple times per week.”

“We pay their malpractice, and we also support their technology,” he said. “We’ve spent hundreds of thousands of dollars on new technology.”

Dental365 has spent nearly $1 million on technology, such as conebeam 3D imaging and digital scanners, which can handle impressions without “the goop.”

For example, Dr. Alan Kantro, a dentist in Deer Park, has invested about $80,000 on a laser that he uses for periodontal surgery, crowns, root canals “and is really great on kids because we can do small fillings without anesthesia. It works on adults too.”

“It’s good for the patient, and it’s also good for the future of the practice,” Kantro said. “If you look at it from the investment point of view, if you were to sell the practice, you need something to sell. You’re not going to be able to sell a teardown.”

“The California Dental Association is offering a model that has DSO-like services to their members, such as buying supplies and leveraging their size for credit card processing fees,” said Dr. Paul Leary, owner of Smithtown Family Dentistry, and a trustee-elect to the ADA.

“By leveraging the buying power of over 12,000 dentists we would hope to help them obtain discounts on supplies and services, and we are exploring ways to do that,” Feldman said. “By operating more efficient offices, it should make dental care more readily available for their patients.”

Leary said his overhead, which includes staffing, insurance, supplies and real estate is “about 65 percent to 70 percent of all revenue. Most businesses wouldn’t even open the store [with that level of expenses], so any help with efficiencies is appreciated.”

But lowering costs won’t necessarily turn the tide back toward independents, Vujicic at the ADA said.

“Any help should make ownership a little less daunting,” he said. “But that isn’t a magic bullet. The desire to be mobile, the work-life balance and the complexity of health care are all bigger factors, and these are extremely powerful factors.”

Written by David Reich-Hale of Newsday.com 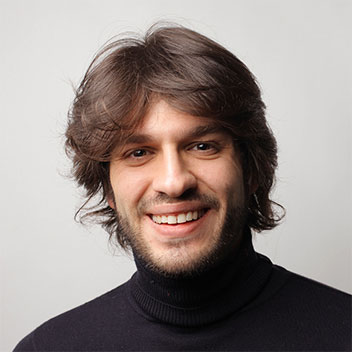 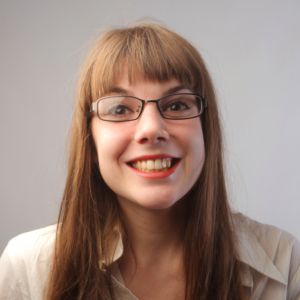 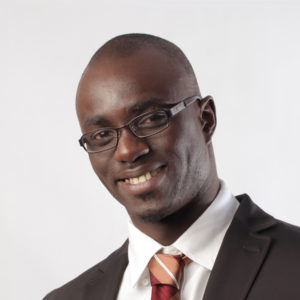